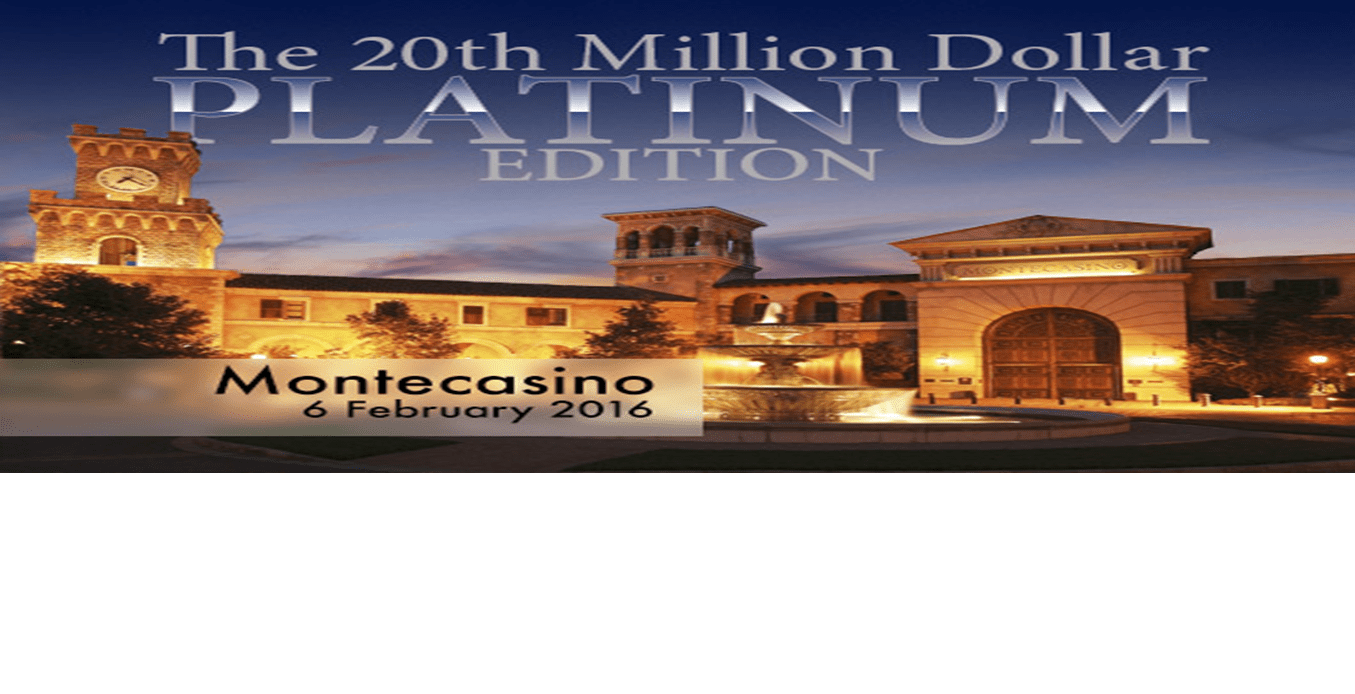 (THE RACE WITH THE PROVEN TRACK RECORD)

(THE GREATEST PIGEON RACE IN THE WORLD)

DUE TO BE HELD IN LINBRO PARK, SANDTON, JOHANNESBURG, SOUTH AFRICA ON SATURDAY 6th FEBRUARY 2016.

ANOTHER RACE SEASON STARTS IN THE SOUTH AFRICAN SUNSHINE.

ANOTHER FANTASTIC RACE ENTRY WITH AROUND 5,000 PIGEONS BEING ENTERED FROM 36 DIFFERENT COUNTRIES IN THE 2015/16 RACE SERIES.

“MY RECENT VISIT TO SOUTH AFRICA”

The massive task of allocating the electronic rings to each pigeon and place this data on the secure computer database was successfully achieved by Michael Holt (Race Director & Systems Administrator), Pieter Saayman (Assistant Systems Administrator), Willi van Beers (Race Manager),
Corrie Naude and Andre van Wyk (Loft Managers & Trainers) and all the other loft staff. Now any fancier/competitor/entrant can see all this information at the press of a button on their computer.
Marion Branford (Administration), Joan-e Holt (Public Relations) have also had lots of extra work to do plus Peter Furstenberg from Shine Interactive and all his staff who have helped also to redesign the state of the art Web Site www.samdpr.com

Sara Blackshaw (Director of Air Sport Internationale) who are “The Presenters Of This Race” has also been extremely busy and has also just recently travelled to The Kassel Show in Germany with Willi van Beers (Race Manager) to promote this event and future South African Million Dollar Races.

It really has been a tough year getting pigeons into South Africa for this great international pigeon race, mainly because of the numerous outbreaks of Avian Influenza around the world but finally after many disappointments and delays in shipments, the pigeons arrived at the race lofts and were put into quarantine. Once the quarantine period finally ended it was now the task of Willi van Beers (Race Manager), Corrie Naude and Andre van Wyk (Loft Managers & Trainers) and all the loft staff started to get the pigeons flying around the lofts, gradually increasing the time on the wing as the days went by. However, after all the delays it was felt that the original training programme would have to be altered to suit these delays and that it was better to put the pigeons first rather than try to rush them through the early stages. Every day the time on the wing was slightly increased and after weeks of hard work by all concerned the staff thought the pigeons were ready to start being trained and it was agreed weather permitting, the training would start on Tuesday 3rd November.

It was finally decided that training would start on Tuesday 3rd November from just 5km (3 miles) and over 4,000 pigeons were basketed the night before to give them experience in the race baskets, the pigeons completed this first task without any problems and were now ready for their second training toss on Wednesday 4th November again from just 5km (3 miles). Over 4,000 pigeons were basketed overnight and I duly arrived at the race lofts about 07-30am to be greeted by Willi, Corrie and Andre. There was a cold North East wind blowing and transporter and trailer was finally loaded and then departed for the liberation site. Corrie drove and Willi went with him and I stayed at the race lofts with Andre to await the arrival of the pigeons. We expected the pigeons to arrive just after 09-30 and bang on time a massive gang approached the lofts, swung round a few times and hit the top of the race lofts, other big gangs approached from all directions and all of sudden there were thousands of pigeons flying around and landing on the race lofts. They started to make a move to the new trapping area and trapped like rockets. Within a few minutes of the first gang arriving there must have been well over 3,000 home, followed by later arrivals and before I left the lofts there was over 3,800 pigeons clocked and quite a few still sitting on the race lofts or flying around in the sky. This was a great sight to see and an experience I am glad I did not miss. So all in all, another good early trainer with very few losses. 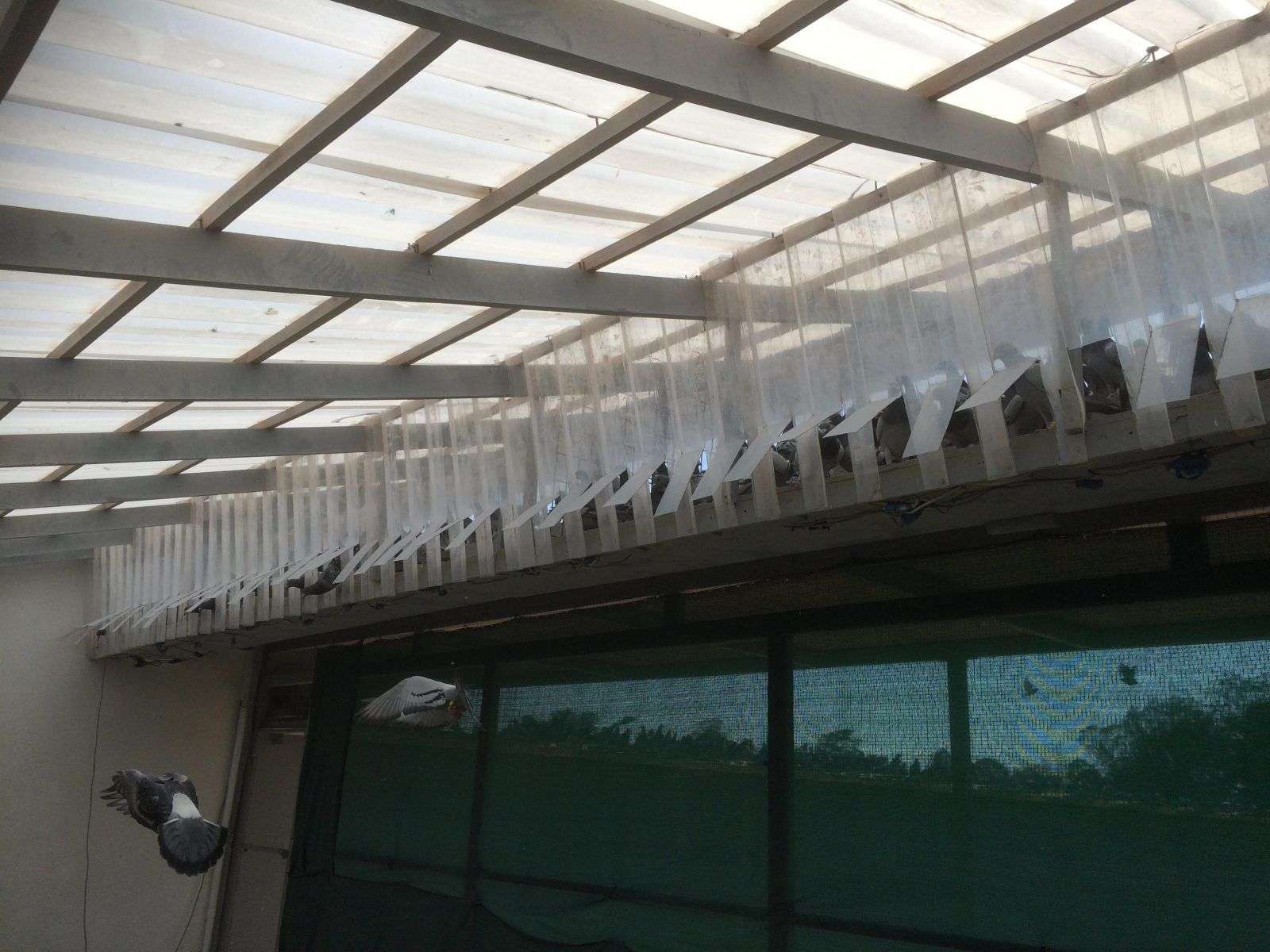 Corrie and Willi returned to the race lofts and with Andre and me we then all enjoyed a cup of coffee/tea watching the later arrivals come home and discussing the future training programme and other aspects of this great pigeon race. They told me that the pigeons would probably have at least two more 5km (3 mile) tosses before upping the distance before Pre-Training Race 1 took place. However, they told me that if the weather was suitable the pigeons would be trained every day so the pigeons could gain as much experience as possible before the actual race programme started with Pre-Training Race 1 on Wednesday 11th November from 18km (11 miles) and I can now reveal that a total of 3,413 pigeons were basketed and 3,412 pigeons were officially clocked.

As you can see by this International Press Release, I took quite a few photographs during my stay at the lofts and I would also like to say that the pigeons looked in tip top condition and ready for what was in front of them. 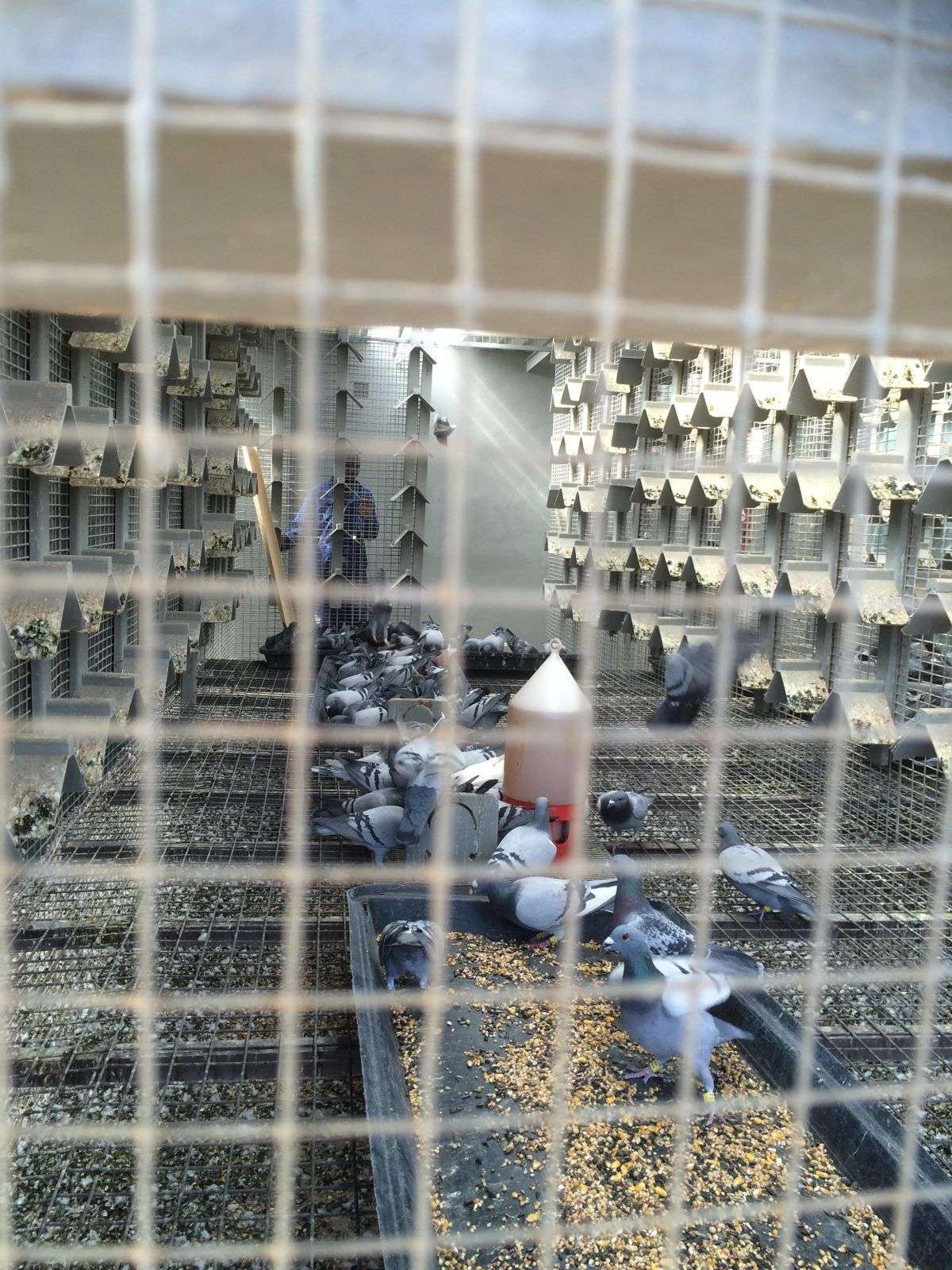 Training tosses also took place on Thursday 5th November and on Friday 6th November when a 4th Loft Listing was published on the SAMDPR Web Site which showed that 3,875 pigeons were still in the lofts and which included 299 from UK and 60 from Ireland.

The week beginning the 9th November temperatures would rise during the days to around 36c or  100f but the good thing is the pigeons will be liberated early in the morning in the coolest part of the day and most should be in the race lofts before the temperature get to these extremes. Another worrying thing at this current time is the lack of water around the Johannesburg area, something that many people are getting really very worried about. The country needs the rain but the pigeons do not. However, this is something that nobody can control and the Race Committee will not be taking any chances, they will pick the best days to train these athletes of the skies. 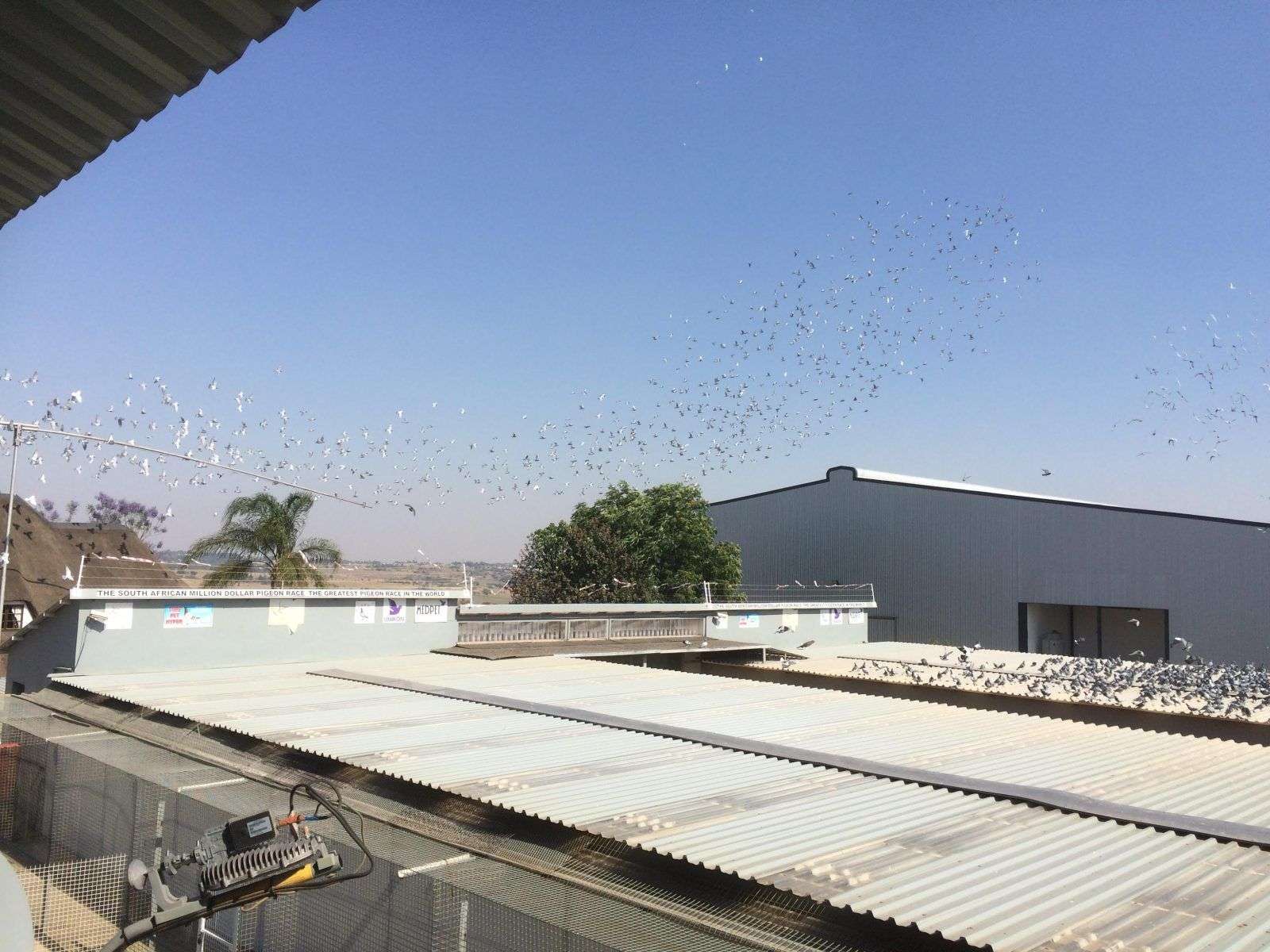 My regular International Press Releases on all Training Race and Car Race Hot Sot Races will be published as usual in the “British Homing World” and “The Racing Pigeon” plus numerous other worldwide Pigeon Publications, plus many Pigeon Web Sites literally all over the world.

If you are thinking of travelling out to South Africa to watch and be part of the 20th SAMDPR, then please contact me ASAP for “Trip of a Lifetime” itinerary. Dierdre Kallmeyer from African Olive Travel Company (South Africa) will once again be working closely with all the international travellers, sorting out trips to all areas of South Africa. If you would like to travel somewhere else during your visit, then please just let her know, she will be only too pleased to try to help you. During my visit to Johannesburg, I decided to check out the 4 star Southern Sun Hotel, located at The Pivot, Montecasino, it will be the main hotel used for this event and I can assure fanciers travelling from all over the world, that it is first class and should suit everybody’s needs. It is situated within the Montecasino Complex where all the Official Functions take place over the weekend. Montecasino in itself is a staggering venue and offers lots for people to do either during the day or night, with some bars, numerous restaurants, gambling, cinema, theatres and even a bird garden plus many other things to do right on their doorstep.  There is also the 3 star Sun Square Hotel, located in the Piazza Square right next door to the Southern Sun Hotel, which is slightly cheaper. A few fanciers are contemplating travelling down to Sun City Resort and staying at the fabulous 5 star Cascades Hotel for a few days after the race weekend, if you are interested, then please let me know ASAP and I will get Deirdre to quote a price for you. If however, you just want to travel out for the 5 nights for the actual race, I will be only too pleased to get a quote for you from Deirdre. With the current Rand/Sterling high exchange rate, all these trips really do represent fantastic value.

My next International Press Release will be on Pre-Training Races, 1, 2 and 3 and will also list the full updated race programme, prize money and all other aspects of this truly international pigeon race.

If you wish to follow any of the Pre-Training Races, Training Races and Car Race Hot Spot Races, just log onto www.samdpr.com where you be able to find all the information you require on the most comprehensive and informative One Loft Web Site in the world today. If you wish to know anything about the race, you can just phone me or email me and I will be only too pleased to assist in any way I can.

I close now by wishing every competitor/fancier/entrant all the best during the 2015/16 race series.