Husband and wife, Jens and Helle have participated in many one loft races around the world and have sent pigeons to the South African Million Dollar Pigeon Race since 2009. 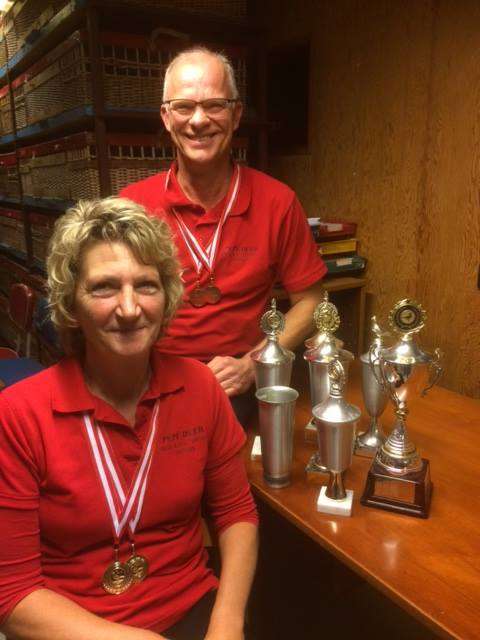 Since his childhood, Jens has been interested in birds and poultry of many kinds and in 1984 he started with racing pigeons. He flew with much success until in 2009 he had a complete clearance sale. After a break for a few years Helle and Jens started up again in 2011 with a few pigeons that had been borrowed to breed youngsters for one loft races. 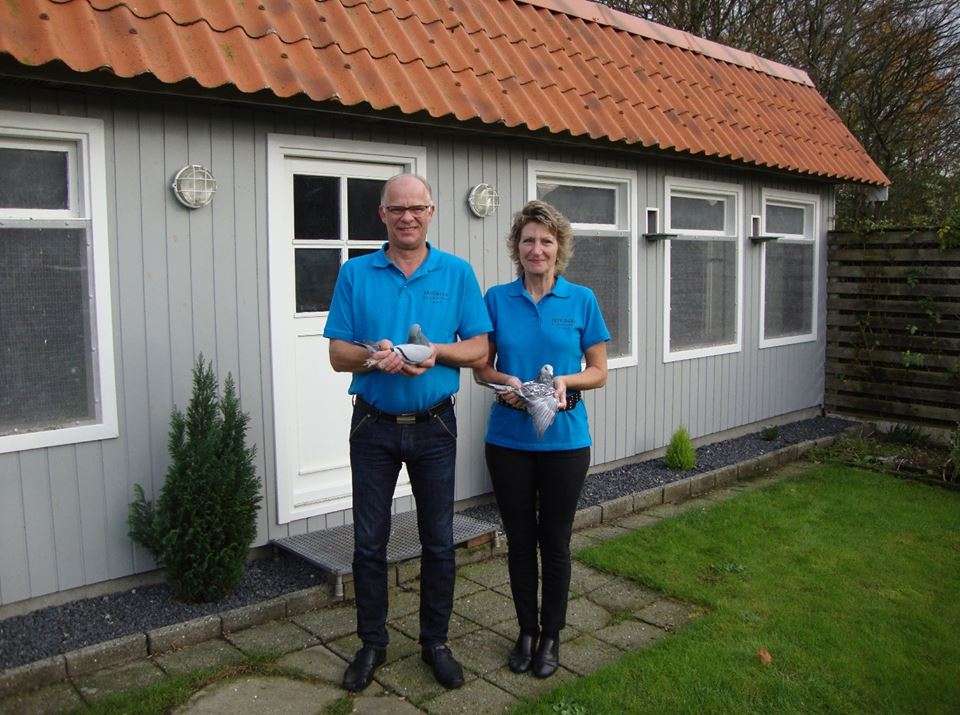 African Million Dollar Pigeon Race is one of their favourite one loft races as it is always evolving.
Every year when the final race is held in South Africa, Helle and Jens throw a party at their home. The dining room is converted into a show room with two large computer monitors following the progress of the race. They enjoy a good lunch, with beer and Danish schnapps whilst waiting for the first pigeons to arrive. 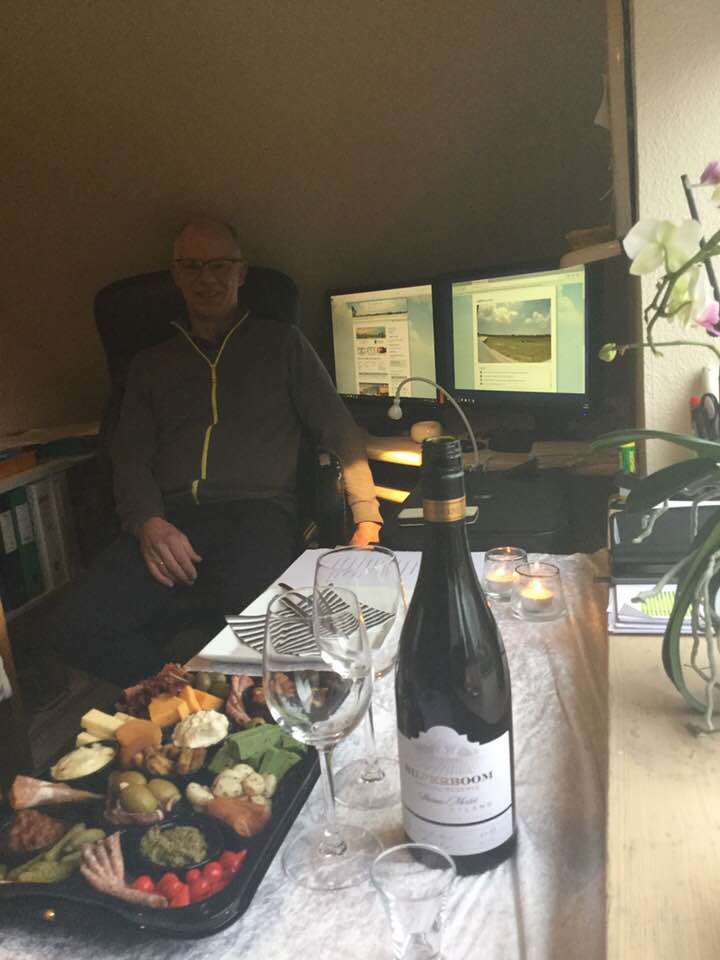 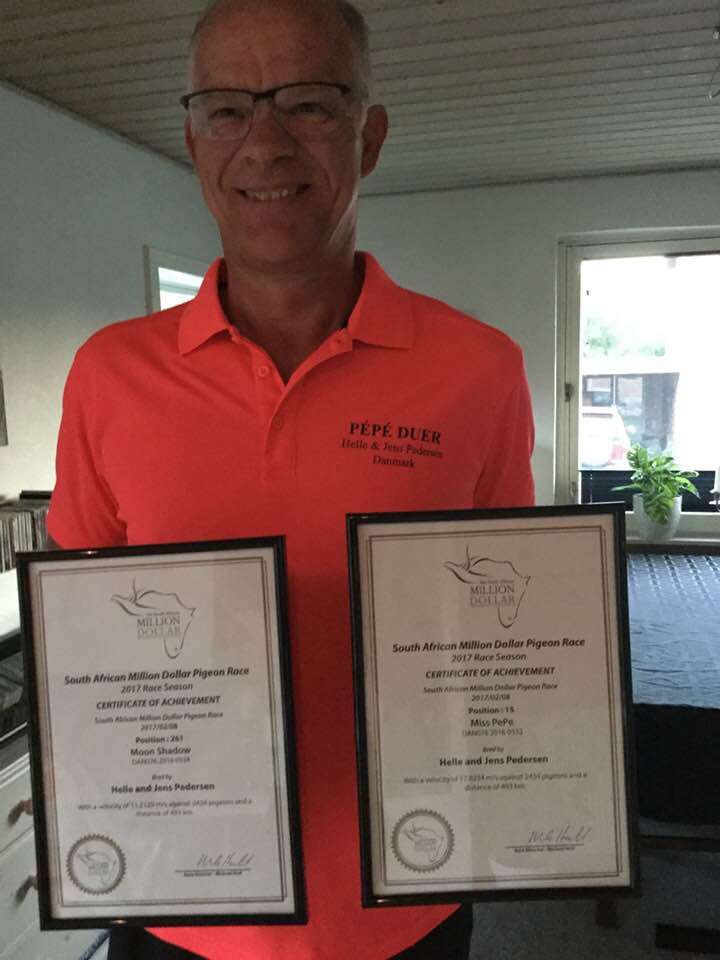 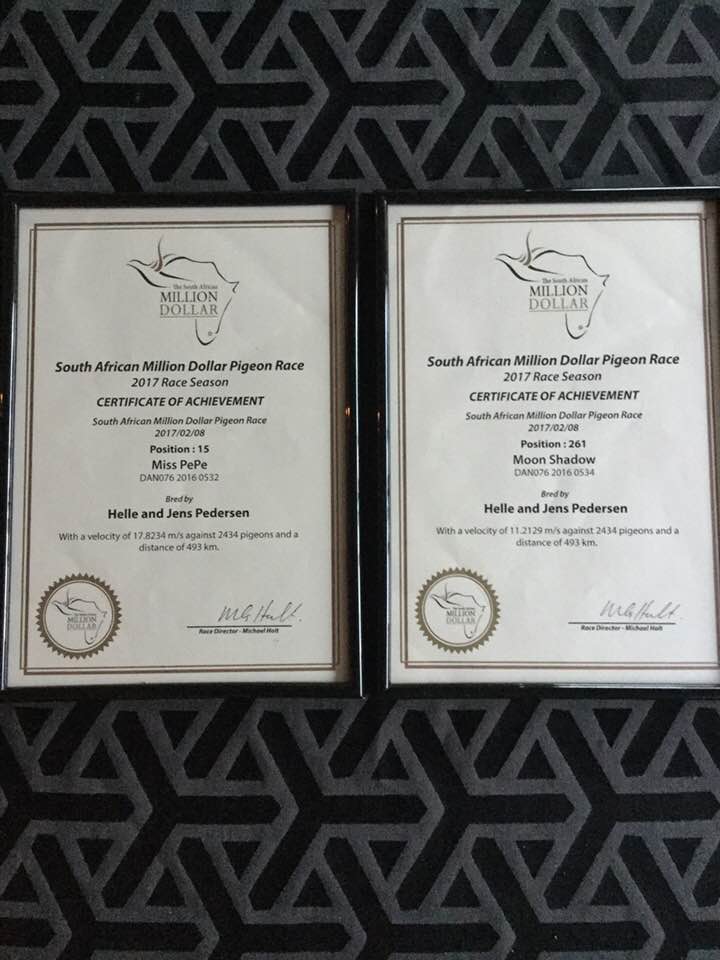 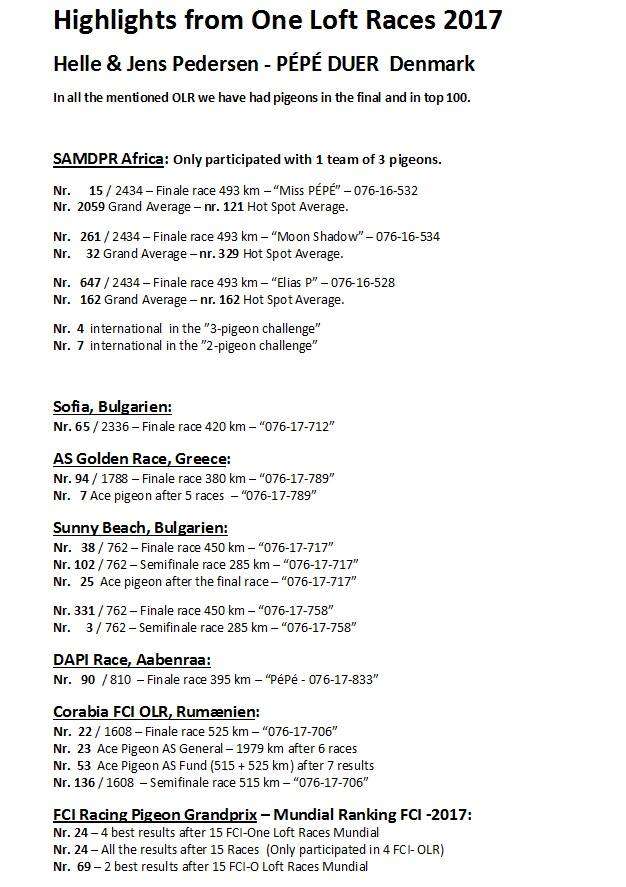 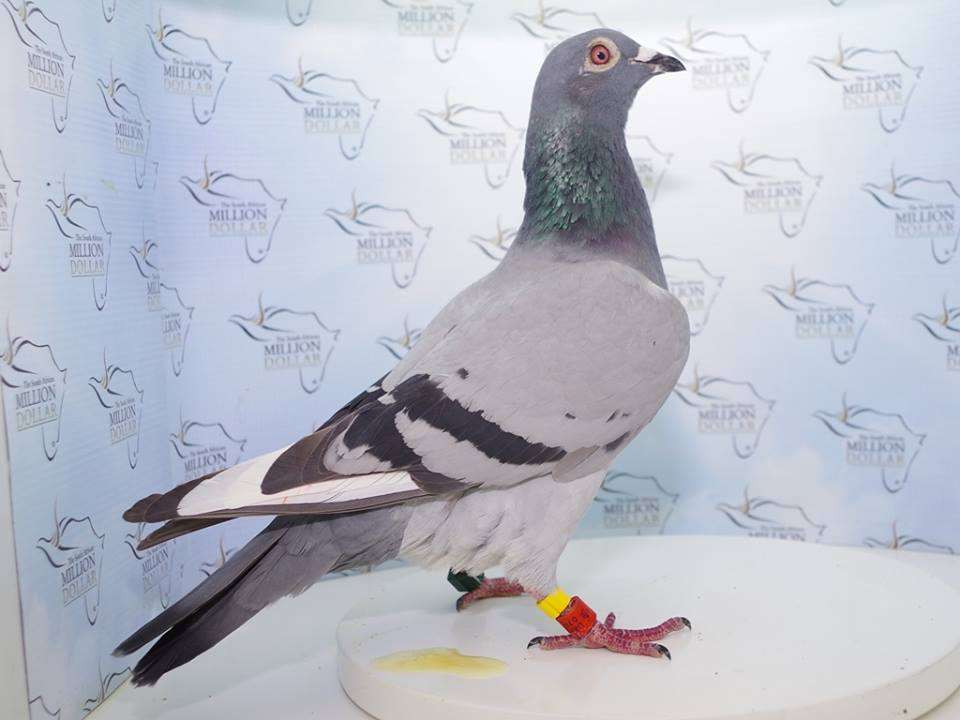 Take a look at the pedigree of Miss PePe here. 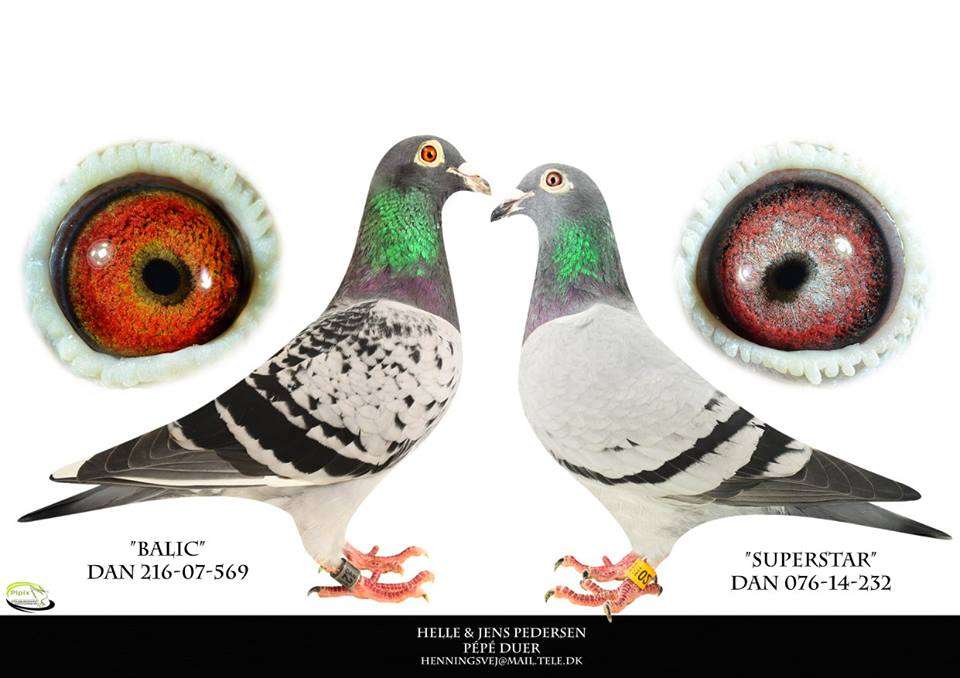 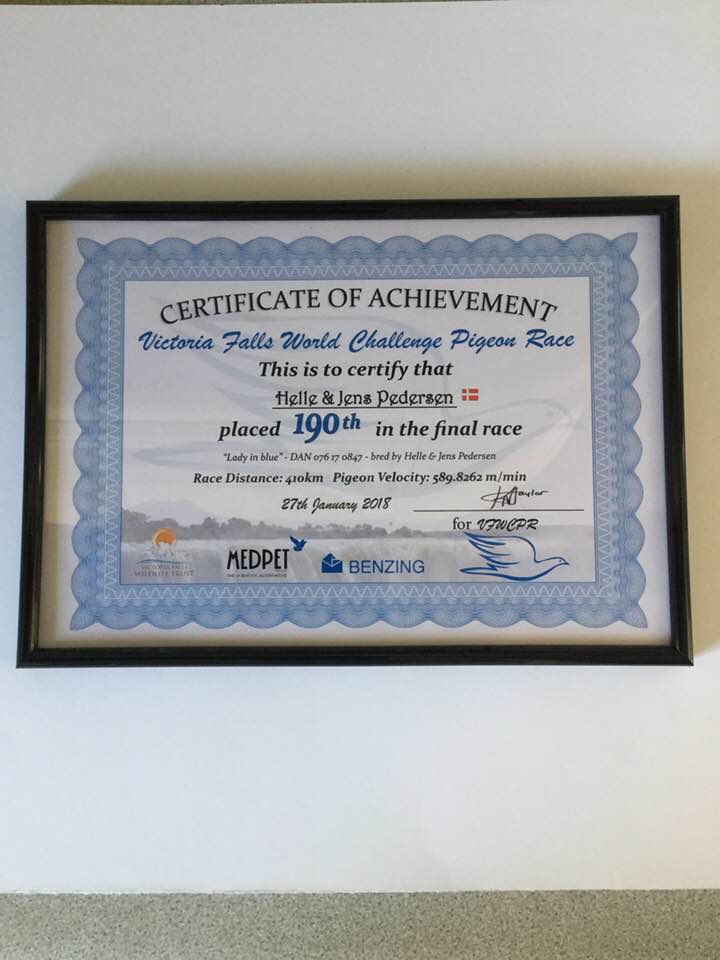 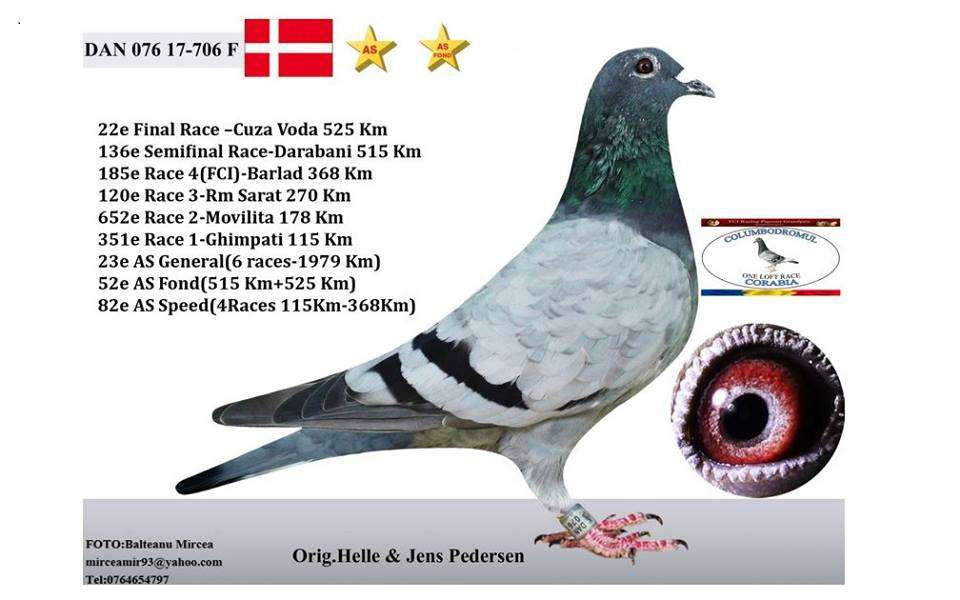 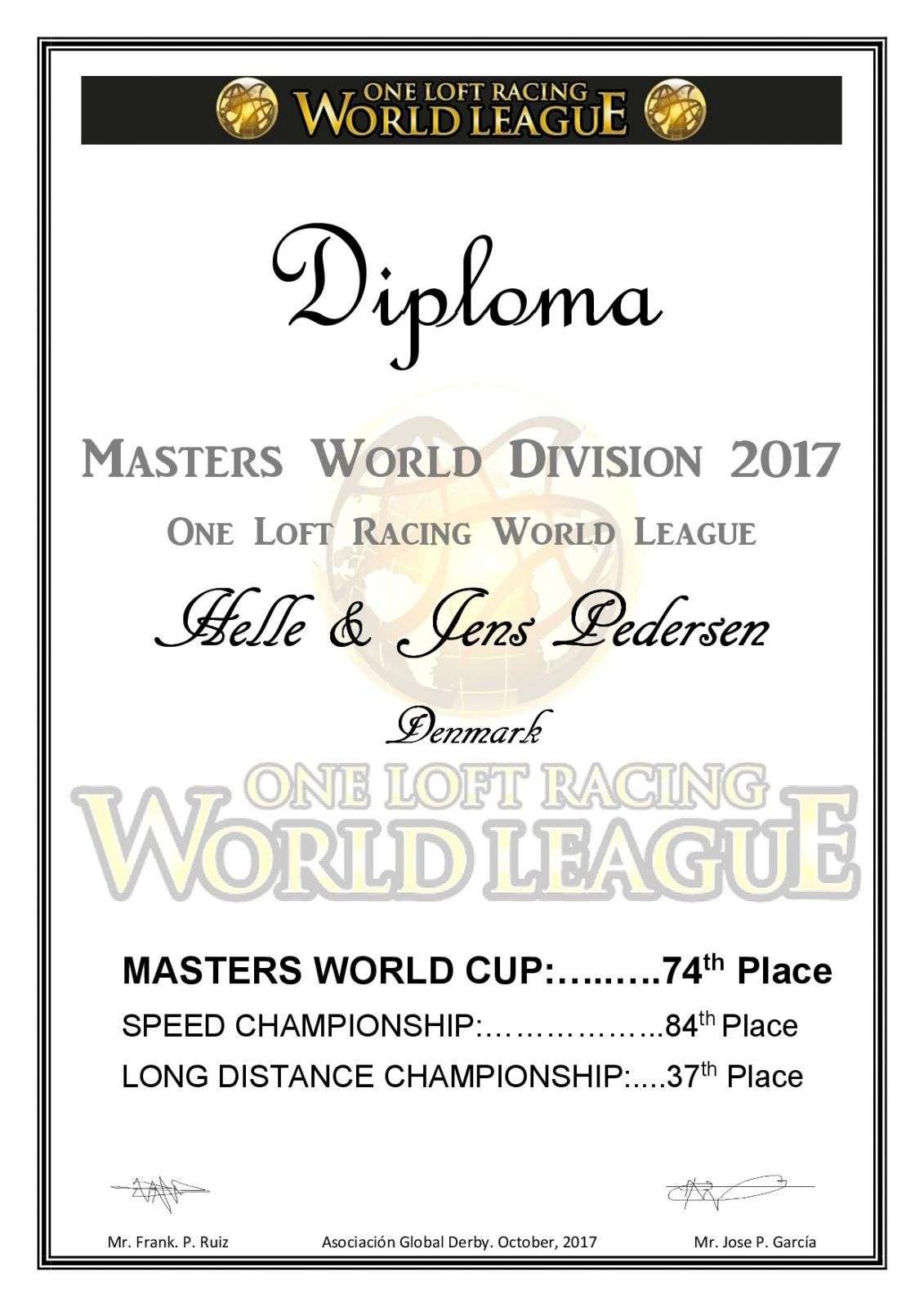